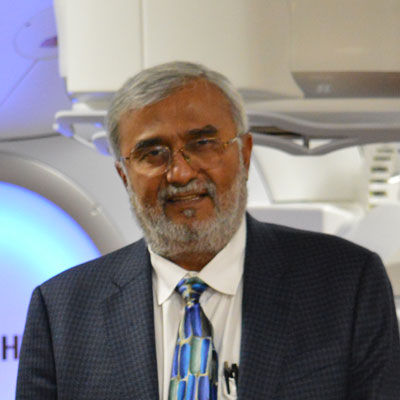 Originally from India, Dr. Anand Kuruvilla moved to the United States in 1982. After completing his undergraduate medical training in India, he attended Derbyshire Royal Infirmary and the Royal Berkshire Hospital in England for specialized post-graduate training in Radiation Oncology. Upon arrival in the United States, he spent another four years studying Radiation Oncology as a resident at the SUNY Downstate Medical Center in Brooklyn, New York, and served as Chief Resident there in his final year.

He and his wife Sheila live near the hospital in Palatka throughout the week and on the weekends they holiday in Switzerland, FL.